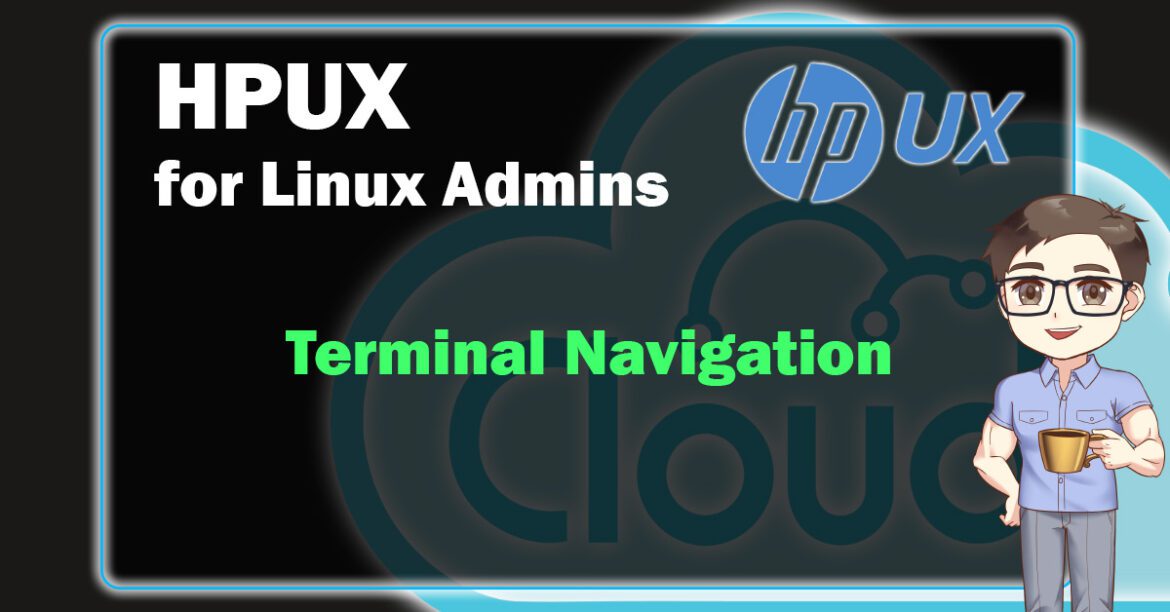 HPUX system might appear challenging at first glance, however, after reading this article you will find it more familiar than you think. This article will show how to use keys to navigate into the HPUX terminal and commands similar to what you know in Linux.

The trick is to know how to begin and respect ^_^ the differences between both Operating Systems. As for a Linux Administrator who comes from a friendly environment GUI (like KDE or Gnome) with backgrounds, sound, and even some games ^_^ . Not to mention, a CLI -bash- that has auto-complete for commands, file paths even command parameters. Some Linux distributions even have auto-suggestion if you misspelled command

Now, this dude will work in a strange environment in which the arrow keys refuse to do what they normally do :O

After a lot of suffering, You will find that it’s really similar to Linux more than you expect 😀

Working with Shell in HPUX is similar to working in the VI editor. It has two modes  Command mode &
Insert mode. We press ESC and [Keys] to switch between modes

Similarly, as the navigation keys mentioned above. applying the following sequence of keys inside VIM or in HPUX Terminal will facilitate your operation.

Press ESC then press one of the following [Keys] will execute the described functionality.

The following list will show commands similar to Linux. however, you might find it lacking some parameters you use.

This introduction is necessary to make the Linux administrator familiar with the HPUX commands and environment especially using navigation keys. Next, we will explain more in-depth objectives. for example software, device management, system info, and other commands.

[…] and cifsdb which will allow you to manage CIFS shares. however, We strongly recommend reading This article first to make your life easier on […]